Symptoms and Causes of a Herniated Disk

If you are suffering from chronic back pain or other symptoms and can’t seem to determine the cause, it is possible you may be suffering from a herniated disk. While the symptoms of a herniated disk can range from almost non-existent to nearly debilitating, it is important to go for treatment, as added stress to the affected area can exacerbate the issue and make things worse.

What is a Herniated Disk
A herniated disk, also known as a slipped or ruptured disk, occurs when the inner cushion of the spinal disk (the nucleus) begins to get pushed out of the ruptured outer coating of the disk (annulus).

Symptoms
Depending on the location and severity, symptoms can vary. If it is a slight herniation, symptoms may be barely noticeable. If the nucleus pushes on surrounding nerves, or enough of the tissue is pushed out so the cushion between the vertebrae is compromised, it can lead to severe pain in areas serviced by those nerves such as the calves and hips, as well as radiating numbness in the affected limbs and muscle weakness.

Causes
There are a number of factors that can increase your risk of developing a herniated disk. These include:

-Excess body weight putting added stress on your lower back. -Occupational conditions such as repetitive lifting of heavy objects, pushing, pulling, or twisting can increase your risk. -Genetics also play a role, as some people have a genetic predisposition to developing a herniated disk. -It is believed that smoking can reduce oxygen flow to the disks, causing faster degradation and potential tears.

Prevention
Maintaining healthy lifestyle habits go a long way in preventing herniated disks. Maintaining proper posture throughout the day, maintaining a healthy weight, and getting regular exercise and performing stretches regularly can all help prevent back issues and herniated disks, and should become part of your daily lifestyle especially if you have a genetic predisposition

How Much is Overdoing It When it Comes to Massage, Physical Therapy, Pilates, & More for Physical Rehab 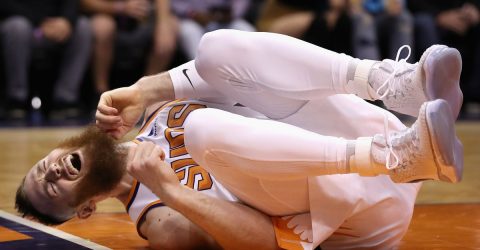 5 Sports with the Most Injuries 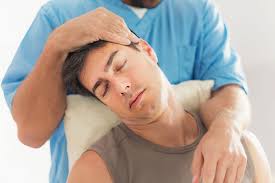